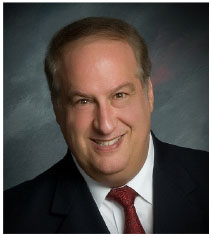 Eli W. Schlossberg was CEO and President of Castle Food Products, a gourmet and specialty food distribution company for 15 years. He sold the 45-year-old family business in 1987, continuing to serve for three years as the CEO and chairman of the newly-acquired entity. He subsequently worked in sales and marketing for three leading national specialty, gourmet, and health food companies over a period of 18 years. He is currently president of Castle Consulting Group, specializing in kosher and specialty food distribution in America and Israel. He is also the president of EWS Realty Corporation, a family realty investment entity.

Mr. Schlossberg frequently lectures to the food industry. In 1995, he authored the widely distributed book, The World of Orthodox Judaism, which was designed to help the food industry understand the laws and customs of kosher observance.

In addition to his business actvities, Mr. Schlossberg plays an active role in many Jewish community projects and charitable endeavors, including the Ahavas Yisrael Charity Fund. As a trustee, he lends his management and fundraising talents to this predominantly-volunteer Baltimore kosher food bank, which aids needy families and individuals. Mr. Schlossberg has also been a member of the State Advisory Council on Nutrition, to which he was appointed by the governor of the State of Maryland. He served a two-year term as president of Congregation Shomrei Emunah and remains active in that congregation. Finally, Mr. Schlossberg has served on the board of governors of the OU, the Orthodox Union, for many years.

Mr. Schlossberg is a talented musician and is known for his singing harmony. He is a collector of Judaica and Jewish art. He also enjoys writing historical articles about Orthodox Baltimore, which have been published in a number of periodicals.

Mr. Schlossberg lives in Baltimore with his wife Ronnie. They have two married children, Mark and Michelle, and eight grandchildren, baruch Hashem, all residents of New York.